I am a stay at home dad turned sole proprietor who operates out of his basement. I live in the Salt Lake Metro area of Utah.

The population in the Salt Lake area has been increasing rapidly  during the time I’ve been living here. While the local LDS religious culture encourages large families, our growth is coming from people moving in from out of Utah. The most common out of state license plate that I see around town lately is California plates.

This concerns me because I fear that as people move here from California, they are going to influence my state by bringing the same changes they brought to their own state.

Why am I so down on CA? Well I believe that much of the politics that happen in CA are “negative in the freedom dimension” (a quote attributed to Richard Stallman).

There is also rampant corruption in the politics in CA. You can start with learning about how the Brown, Peolosi, Newsom, Getty families are all connected. Then there’s the robbing of taxpayer’s money scheme known as the high speed rail project.

With more people coming to Utah, we are seeing an increase in traffic and crime. The price of real estate is skyrocketing which means more we have to pay in real estate taxes because of the increased value of our homes.

We are also seeing diminished air quality here in the valley which was already bad to begin with. More people means more cars and more polution.

Now when you try to go for a peaceful outdoor experience in the Wasatch Range, which borders the Salt Lake area, its hard to find a parking space. Much less find some solitude on the now crowded trails.

That started me thinking about how I can show this. The first symbol that came to mind for CA was the bear on their flag. I also thought about the beehive used as a symbol for Utah. What do bears like to eat? Honey. What is in a beehive? Honey. An idea was born!

Now I’m trying to get the word out that we don’t want their changes. I’m also slowly expanding my line to include other states. If your state is being overrun by Californians and you want a sticker for your state, or you have an idea for a state, let me know about it. 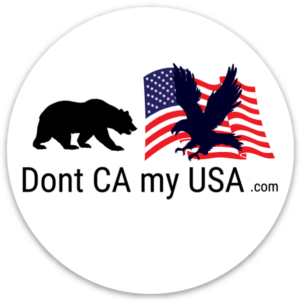 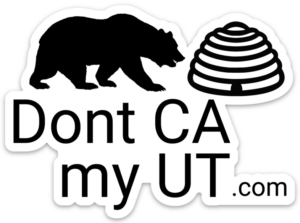 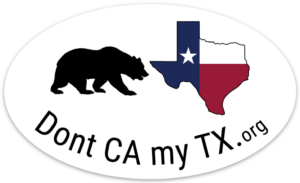 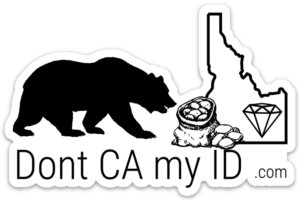 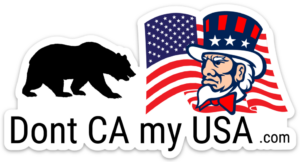 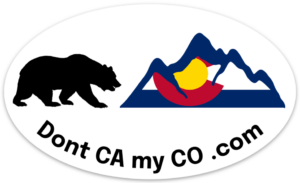 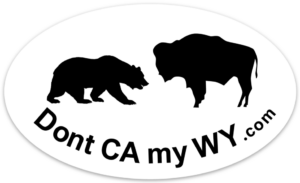 Don't California my USA - Stickers for Your State 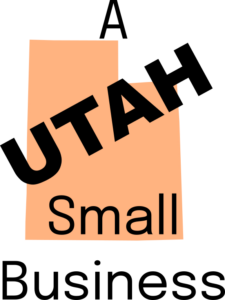 How did you hear about us?

Copyright © 2020 All rights reserved by DontCAmyUT

Send us an email